The Human Design System is a “revealed” knowledge. It was revealed to Alan (Robert) Krakower, who was born in Montreal, Canada on April 9, 1948. He disappeared in 1983 from his life in Canada, and later re-emerged as Ra Uru Hu, on the Island of Ibiza. He wrote in 1991:

“I was conditioned to believe that ‘sc 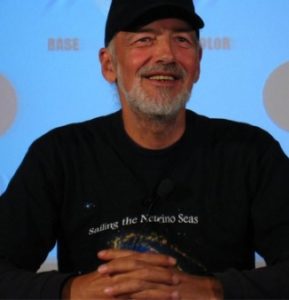 ience fiction’ was a genre of literature, that mystical revelation was simply a more antiquated form of the same, and that God, if not dead, was most likely a concept. On the evenin
g of January 3, 1987, all that changed. I was ‘penetrated’ by a ‘Voice’. It was a terrifying experience. My hair literally stood on end, in the shock, a flood of water drained from my scalp. The Voice said, ‘Are you ready to work?’ For eight days and nights, I worked, transcribing in detail the Human Design System.” (Ra Uru Hu 1991 ‘The White Book’)

During those 8 days, Ra Uru Hu was taught the fundamental foundation of the mechanical nature of the universe. He was given immensely detailed and scientific knowledge; which also had its own language, and defined the new humans as ‘raves’. Being a skeptic, with a background in physics, Ra had no belief in anything mystical. Yet, despite this mystical origin, The Human Design System is itself purely logical and empirical. Ra has been unfolding deeper layers of understanding and perspective of the HD system since 1987. We have several videos and free workshops with Ra available for viewing.